CLEVELAND, OH -- Rocket Mortgage FieldHouse will serve as the host venue for the 2020 CBS Sports Classic, event organizers announced today. The event will be held Saturday, Dec. 19, and broadcast on CBS Television Network.

The doubleheader will begin at 2 p.m. ET with North Carolina taking on Ohio State, which will be followed by Kentucky and UCLA.

Fan attendance at the 2020 CBS Sports Classic continues to be evaluated. The health and safety of fans and everyone involved in this event is a top priority, and any fan attendance policies will, at a minimum, follow the guidelines outlined in the Responsible RestartOhio plan. Future announcements related to fan attendance will be made at the appropriate time.

Cleveland will be the fifth city to host the CBS Sports Classic in its seven-year history, following Chicago (2014, 2018), Brooklyn (2015), Las Vegas (2016, 2019) and New Orleans (2017). The home of the Cleveland Cavaliers, Rocket Mortgage FieldHouse recently achieved Global Biorisk Advisory Council STAR accreditation after implementing the most stringent protocols for cleaning, disinfection and infectious disease prevent in its facility. It has also earned the WELL Health-Safety Rating through the International WELL Building Institute (IWBI) for the venue’s proactive and progressive initiatives to help protect the health and safety of all those who visit. Rocket Mortgage FieldHouse is the first sports and entertainment venue in Ohio and the third nationally to achieve this rating.

The CBS Sports Classic annually brings together four of the nation’s historically most successful college basketball programs. The quartet owns a combined 26 national championships, with UCLA (11), Kentucky (8) and North Carolina (6) ranking first, second and third, respectively. Additionally, all four programs rank in the top six in all time Final Four berths, compiling 65 total appearances between them (North Carolina, 20; Kentucky, 17; UCLA, 17; Ohio State, 11). They are among college basketball’s all-time winningest programs, combining for more than 8,200 victories. The four enter the year among CBS Sports’ Top 25 and 1, and Kentucky and North Carolina welcome the top two recruiting classes to campus this season, according to 247Sports.

North Carolina is 4-2 in the CBS Sports Classic, Kentucky and Ohio State share matching 3-3 records and UCLA is 2-4 in the event. This set of matchups was last featured in the 2017 CBS Sports Classic, with the Tar Heels defeating the Buckeyes, 86-72, and the Bruins knocking off the Wildcats, 83-75. 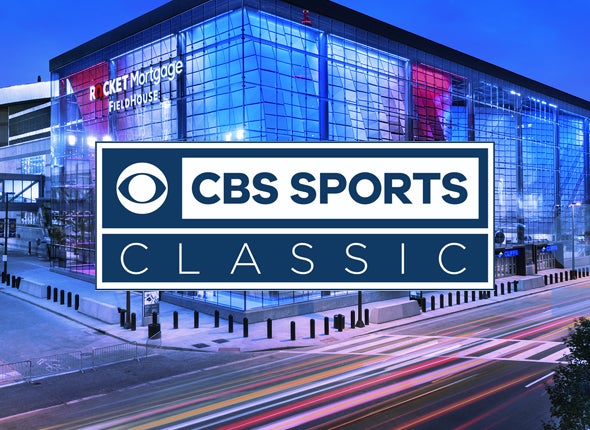