Montana Love will headline at home in Cleveland, Ohio for the first time in his career as he defends his IBF North American Super-Lightweight title against Stevie Spark at Rocket Mortgage FieldHouse on Saturday November 12, live worldwide on DAZN.

Love (18-0-1 9 KOs) boxes in his backyard for the fourth time in his career but first time as the star attraction and does so making the first defense of the strap he landed in his last outing, outpointing Gabriel Valenzuela in Las Vegas on May 7, on the undercard of Canelo Alvarez’s clash with Dmitry Bivol.

The 27 year old is ranked at #7 in the IBF and will be looking to put on a statement performance ahead of the vacant IBF World title being claimed by either Jeremiah Ponce or Subriel Matias this fall – and the man Love will need to impress against is Australian puncher Spark, who has plenty at stake himself.

‘The Viking’ (15-2 14 KOs) penned a promotional pact with Matchroom and Eddie Hearn, and his first bout under the deal sees him straight into the Lion’s den on his US debut.

The 25 year old from Toowoomba in Queensland has ended 14 of his 15 wins inside the distance, and the former IBF and WBC Australasia Champion will be out to ruin Love’s homecoming and leap into World title contention.

“From neighborhood hero to superstar - Cleveland we did it baby!” said Love. “I am happy to announce I will be defending my title here in my hometown.

“This is something I dreamed of as a kid. I’m looking forward to putting on a superstar performance. I need everybody in my city to come out – let’s defend the land!”

“I’ve been working very hard for a lot of years for this moment,” said Spark. “I have the best team in the world who I can’t thank enough for making this possible. I’m looking forward to exploding into the international boxing scene with a spectacular win. The American boxing fans are in for a treat, as I believe they will love my all-action style.

“We respect the fighter Montana Love is, he is highly credentialed but that’s why we took this fight. We are coming prepared, and we are coming to win. Come November 12, there will be no Love!”

“This is the stage and moment that Montana has been waiting for – and now he needs to take it with both hands,” said Hearn. “The chance to headline at home in a fight that can lead to World title action makes this the biggest night of his life, and with the Cleveland’s fans behind him, this is the moment to prove he belongs in the elite.

“But Stevie has other ideas. Australia is one of the fastest growing markets for boxing, and we’re looking to build stars Down Under. If ‘The Viking’ can pack his punch power and bring it to Ohio, he could become a major player at 140lbs overnight.” 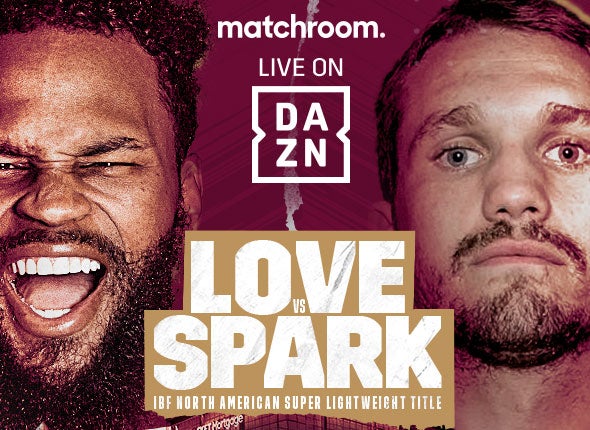