"WE OUTSIDE COMEDY TOUR" Coming to Rocket Mortgage FieldHouse

Some of them have created their own unique blueprint for funny for years, revolutionizing what we see today on the comedy circuit, on TV and in movies, while others are charting their own paths to comedy’s Hall of Fame, both on stage, on screen and via social media. They are Deon Cole (ABC’S Black-ish, Freeform’s Grown-ish, Barbershop, Barbershop: Next Cut and Back In Business), Ryan Davis (HBO’s Insecure and Curb Your Enthusiasm), Corey Holcomb (Everybody Hates Chris, Tyler Perry's House of Payne, Black Jesus, The Cleveland Show), Kelly Kelz, Gary Owen (Think Like A Man, Ride Along, Meet The Blacks) and Tony Rock (Think Like A Man, Mann and Wife, Everybody Hates Chris, All of Us).

They comprise the star-studded line-up for the 2022 “WE OUTSIDE COMEDY TOUR,” the hottest comedy show outside and it’s coming to Cleveland, OH on Thursday, September 29 at 8:00 p.m. Tickets go on sale Friday, August 5 at 10:00 a.m. at RocketMortgageFieldHouse.com.

For more information on the tour, tickets and artist line-up, visit www.weoutsidecomedytour.com or  www.jecaryous.com.

The biggest names in comedy today will go joke for joke, punch line by punch line and riff by riff giving you non-stop laughter and fall on the floor funny on the “WE OUTSIDE COMEDY TOUR.” The improvisations, real-life scenarios and the multiple, non-stop laughs per minute alone will have you wanting more. You never know who will be roasted on any given night, including the audience. The “WE OUTSIDE COMEDY TOUR” fuses some of the most formidable forces of comedy with the freshest funniest faces on the comedy circuit today. You will not get a line-up of laughs anywhere like this.

Comedian Deon Cole said it best about his comedy, “We're going to laugh, we're going to have a good time and we're going to love ourselves.” The “WE OUTSIDE COMEDY TOUR,” will be just that- good times and good laughs waiting for you when you get outside. 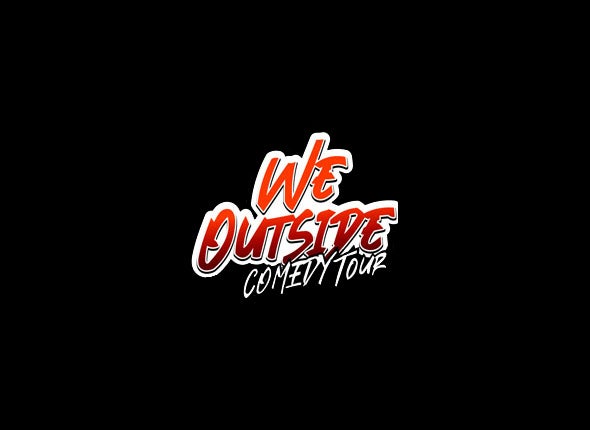 CANCELED - "We Outside" Comedy Tour